The endosteal implant can restore your smile and grant you the ability to both eat and speak normally. It can also be matched to the color of your natural teeth in order to blend in as seamlessly as possible. The implant procedure is considered to be a highly successful surgical answer to tooth loss. If you are suffering due to having lost or damaged a tooth, this procedure is one of the best available methods of regaining what you have lost.

What is the Endosteal Implant Procedure?

The most common method of implanting the new dental prosthetic is a method known as the three-stage surgery. The three-stage surgery is a series of operations that take place on different days. A different component is implanted at each stage of the procedure, starting with the base and ending with the crown. Sometimes this procedure will be shortened to two stages. In that instance the base and abutment will be installed at the same time. Either way, a healing period will be necessary between the stages so that the jawbone and gums might heal.

The process of having the implant installed has been refined over the course of the last few decades. The implant itself can last for many years. Some of the innovations include the actual design concept of the three components used in the procedure. Those components are the base, the abutment, and the crown.

One innovation is the ability to perform the entire procedure as a single stage surgery. It will still require several months for your jawbone to heal, but you will only need to have one surgery performed. All zirconium implants can be used in this manner as the implant is designed to combine the abutment and base as a single unit. Zirconium has better bio-compatibility in your mouth than titanium, despite the fact that titanium is one of the most common base and abutment materials.

How Much Does the Endosteal Implant Cost?

The endosteal implant procedure has a 95% or better success rate, but a variable cost structure. The general price range is from $1500 to $1000, with $4250 as the average for a single implant. The cost variance is due to several reasons. The most notable reasons include the actual labor charge for the procedure, the cost of the crown, and extra services such as tooth extraction.

The endosteal implant is a permanent tooth loss solution. Despite the potential for it to be a high-cost procedure to perform, the success rate and long-term nature of the implant means that the total cost of restoring your teeth can be spread across many years. A high-grade implant procedure that is performed expertly can provide you with an artificial tooth that is capable of surviving for decades. It will not need to be removed and will solve your tooth loss issue on a long-term basis that other methods, such as denture placement, will not. For additional info on whether dental implants are right for you, contact your dentist. 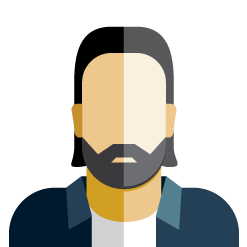 The dental experiences your kids have are important in determining how well they will take care of their teeth as adults. That’s why it’s important to make sure that they have a great dentist, and that they develop good habits. However, it can be tough to make sure that your children are comfortable with the dentist, and some kids really hate brushing their teeth, let alone flossing. What can you do to make it easier? This blog contains tips and tricks for parents on all aspects of children’s dental health. You’ll also find articles on dental conditions that affect children, and what to do about them if you see symptoms. I’m a parent too, and I know that taking care of your children’s teeth can be tough. I hope my blog will help.

Could Visiting A Dentist Improve Your Prospects At Work? - 18 September 2019